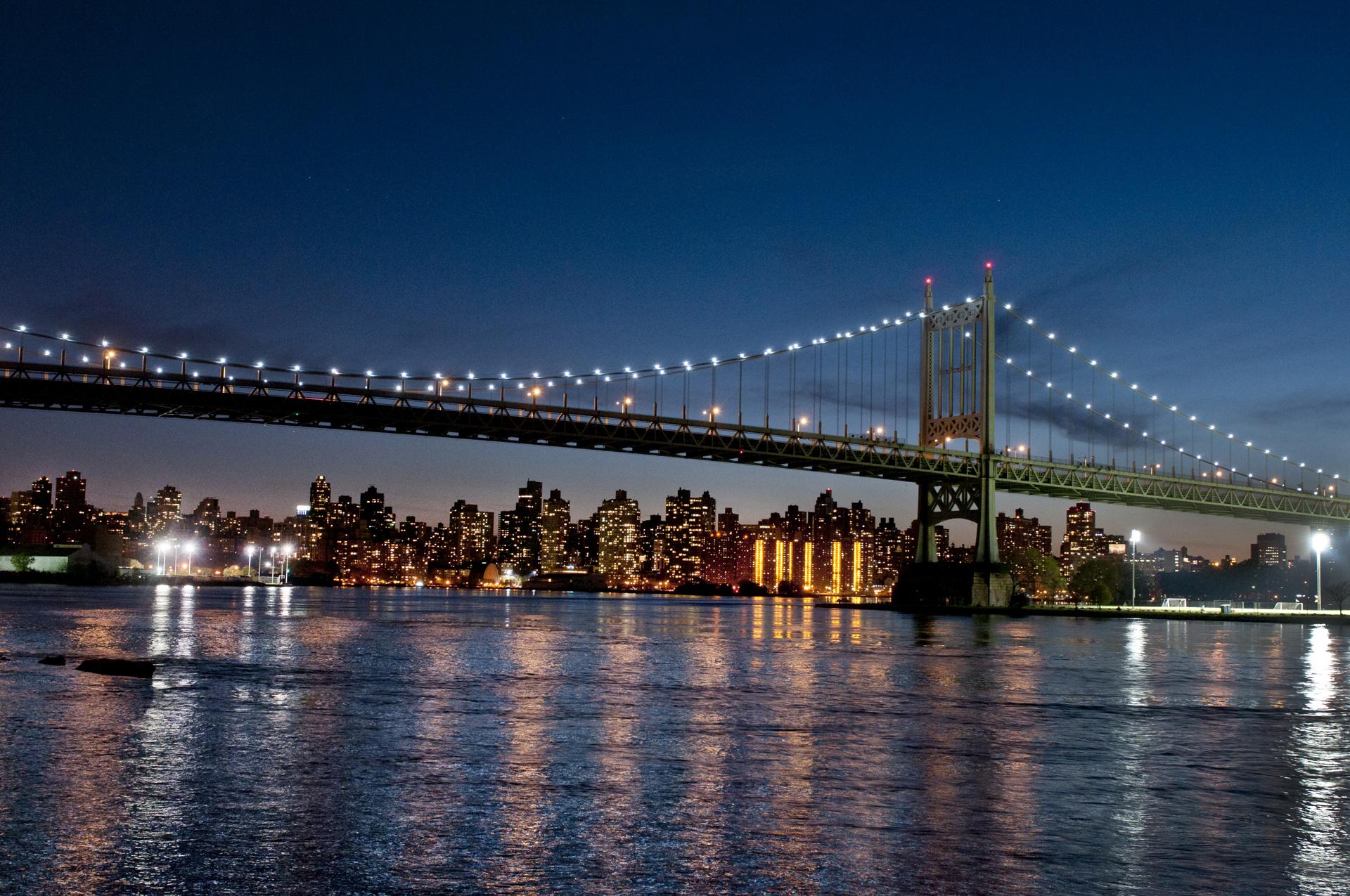 The Robert F. Kennedy Bridge (formerly the Triborough Bridge), the authority's flagship facility, opened in 1936. It is actually three bridges, a viaduct, and 14 miles of approach roads connecting Manhattan, Queens, and the Bronx.

The Manhattan branch is the Harlem River Lift Bridge, which links the Harlem River Drive, the FDR Drive, and 125th Street, Harlem's commercial and cultural center. The Bronx Crossing leads motorists to points north via the Bruckner and Deegan expressways and, more locally, to the neighborhoods of the South Bronx and the Port Morris Industrial Area. The longest span of the Robert F. Kennedy Bridge, the East River Suspension Bridge to Queens, connects with the Grand Central Parkway and the Brooklyn-Queens Expressway and to Astoria's residential areas, restaurants, and shops.

The bridge's three branches meet on Randall's Island, where an interchange and two toll plazas sort out traffic flowing in 12 directions and provide access to the island itself. Adjacent to the Manhattan toll plaza is the Robert Moses Administration Building, the TBTA's headquarters.

Randall's Island is largely city parkland; that includes Icahn Stadium, softball fields, tennis courts, picnic areas, and some city facilities. In 1951, the TBTA constructed and gave to the city a pedestrian bridge between 103rd Street in Manhattan and Wards Island, providing another access by foot to Randall's Island and Wards Island.