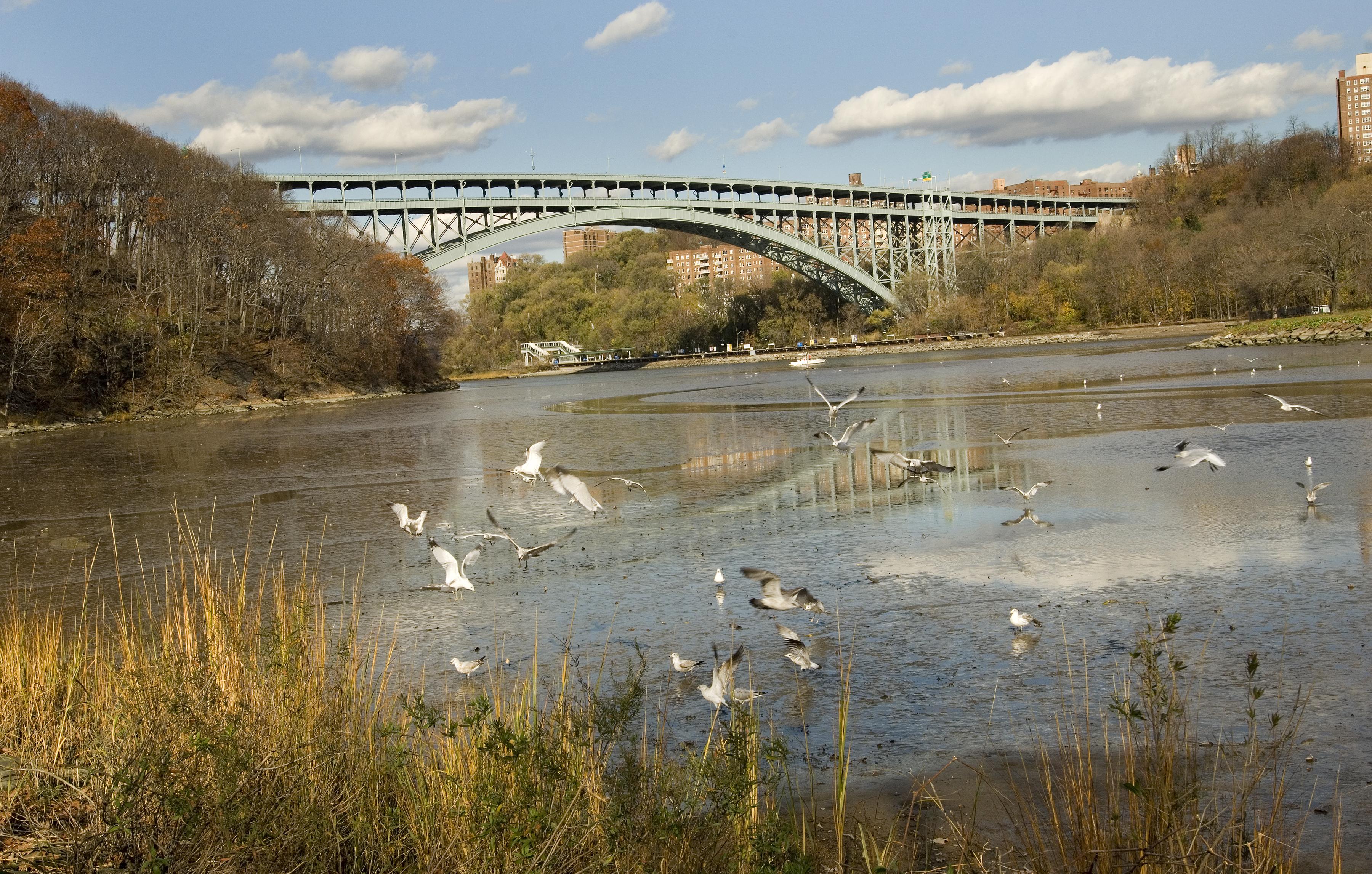 Named in honor of Henry Hudson, the explorer whose ship, the Half Moon, anchored near this site in 1609, this bridge opened in 1936. It connects northern Manhattan to the Bronx and was built as part of the Henry Hudson Parkway by the Henry Hudson Parkway Authority. When it opened, it was the longest plate girder arch and fixed arch bridge in the world. Originally built with only one level, the bridge's design allowed for the construction of a second level if traffic demands increased. Within a year and a half the upper level was opened. The upper level carries northbound traffic; the lower one is for southbound traffic.

After a series of mergers, the Henry Hudson Parkway Authority became part of the Triborough Bridge Authority in 1941. Today the Henry Hudson Bridge remains one of Bridges an Tunnels' facilities, but the parkway is under the jurisdiction of New York City and New York State.

The Henry Hudson Bridge is currently the site of the first pilot of All Electronic Tolling or cashless tolling. There is no stopping and no cash collected at the bridge in a pilot that began in November, 2012. Vehicles pay via E-ZPass and those without E-ZPass are billed based on their license plate information

The bridge's neighbors to the north are the residential communities of Spuyten Duyvil and Riverdale, where single family homes, wooded estates, and large apartment complexes share breathtaking views from the sloping shoreline of the Hudson River and the Harlem Ship Canal. The Manhattan end of the bridge is in Inwood Hill Park, Manhattan's last remaining natural woodland, which is bordered by the residential community of Inwood.